Whether Fingerprints Can Be Lost? 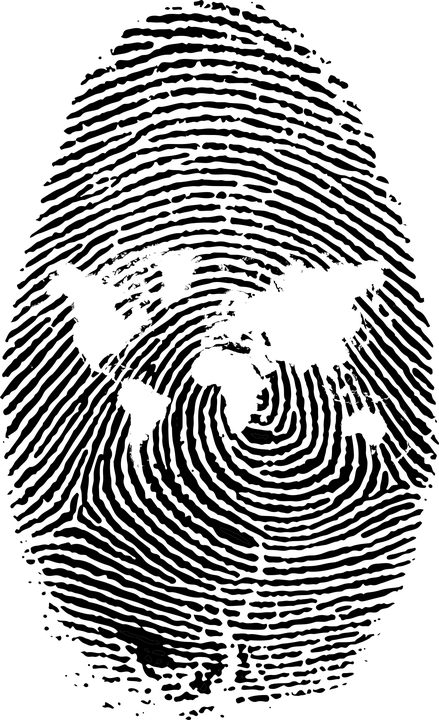 Before discussing the loss of fingerprints, let's discuss in advance what it prints

The prints have a highly influential function for human beings. However, the main function of fingerprint friction enhancer that is as when holding an object object and effective identification of an individual.

With the presence of fingerprints, a person can hold objects more closely. That's why someone who lost fingerprinted vulnerable if holding the slippery objects like glass. The glass could fall if there is no other hand menyangganya.

Second, fingerprints can be used to find out the identity of a person. That is because each person has a unique fingerprint, not exactly the same as everyone else. Even between one finger with the other fingers have different even though fingerprints in one hand. [1]

Who are some who study fingerprints?

Fingerprints (fingerprint) is a "pure" Science police. Students studying the prints so for police identification or investigation in a case of completing the crime. Fingerprint is actually the thickened skin thinning and form a "Ridge" on your fingers that form a pattern, fingerprints will not be lost to a dead and rotting, scrapes or scratches usually cuts – at the time of the skin the switch will form the same pattern. Unless the skin suffered severe burns.

Fingerprints can be used for disclosure of a crime, for example of latent fingerprints (fingerprinting using chemical powders) of goods items at the CRIME SCENE, or goods – goods that are used for "crimes" such as a pistol, the tang of the knife, screwdriver etc.

Remember you at the time of making the Affidavits police records (SKCK)??? That is a valuable source of data for the police to search for data in order to compare fingerprints at the crime scene with fingerprints of people – people we suspect. [3]

The cause of the loss of fingerprints

Fingerprint experts from Inafis (Indonesia Automatic Fingerprint Indentification System) Police Tri Sila says fingerprints truly are harder lost, except for the skin on the fingers of a human being is completely lost. [4]

According to dr. Gustaaf Kusno, there are two causes of the loss of fingerprints, i.e. genetic and nongenetik. If the cause is not a genetic disorder, fingerprints are likely to be back again. For example, the case of the relatives who lost Kusno fingerprint suddenly (idiosyncracy) and diagnosed because liquid soft lens. Regardless of the validity of such a diagnosis, the fingerprints had disappeared back again, going on regeneration.

Then, how about the loss of fingerprints due to genetic disorders? For this one it seems permanent. Abnormalities of the loss of fingerprints from birth called dermatopathia pigmentosa reticularis (HOUSE of REPRESENTATIVES) and the Naegeli syndrome. Based on the research results, the cause is the absence of keratin 14 that make up fingerprints. This disorder is only passed down to daughters.

Dr. Gustaaf Kusno explained that other impacts arising from the absence of keratin 14 is a sufferer of this very fine-haired abnormalities and brittle, jagged nails (ridged nails), and thickening on the palms and soles of the feet. Even can also cause not functioning sweat glands. As a result, sufferers are susceptible to heat shock (heat stroke). Never mind the strenuous activity and sports, any light activity could lead to the addition of heat that could threaten the safety of the sufferer.

In addition to the two above, apparently the cause of chemotherapy can also takes away a person's fingerprint. As happened in Singapore who lost citizens fingerprinted after getting treatment of capecitabine for three years. Symptoms of hers is the skin of the palms of the hands and feet to swell, exfoliates (peels), and feels sick. Until finally the fingerprint pattern is lost. Similarly happens in New York, which afflict women of 65 years. Women undergoing breast cancer treatment was denied the services of the bank because it has no fingerprints.


Taukah you that turned out to be adults who have dry skin soles will be four times more difficult is verified through the computerized scanner fingerprinted compared with not? Not only is dry, the hands that never experienced dermatitis or eczema are also difficult detected scan tool. A new study in Malaysia have proved, chapped skin or swelling may damage or crack the uniqueness of patterns that are found in the individual fingerprint. The pattern of cracks or the uniqueness of fingerprints can also be damaged by inflammation of the skin caused by an allergic reaction [5].

[1] the fingerprint. 2016. The Cause Of The Loss Of A Person's Fingerprint. Accessed via http://sidik-jari.com/penyebab-hilangnya-sidik-jari-seseorang.html/on 05 March 2018 at 9.10 pm.

[2] the Panca Syurkani. 2011. Adermatoglyphia Sufferers Have No Fingerprints. Accessed via https://tekno.tempo.co/read/350470/penderita-adermatoglyphia-tak-punya-sidik-jari on 05 March 2018 at 9.48 PM EDT.

[4] Mustiana Lestari. 2015. What is a fingerprint can be lost because of the water and got hurt?. Accessed via https://www.merdeka.com/peristiwa/apa-sidik-jari-bisa-hilang-karena-kena-air-dan-terluka.html on 05 March 2018 at 10.15 GMT.